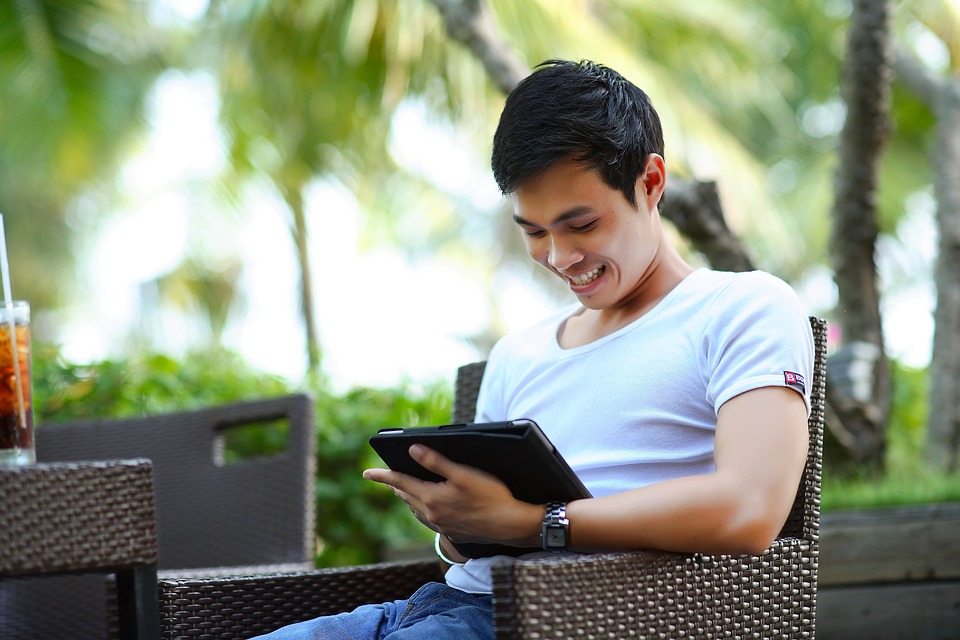 Websites like BuzzFeed are everywhere. This isn't surprising since BuzzFeed is one of the most popular destinations on the internet today. Founded in 2006, the website started with listicles and quizzes, but since then has expanded its catalog to include something for everyone. In the process, they have changed the way content on the internet is published and read. Through their websites and YouTube channels, they have been able to create their signature brand of mass-produced viral content. Banking on the creative talents of their large staff, BuzzFeed is the king of "just-one-more-article" type of browsing.

But what if you are not into BuzzFeed? Perhaps you like BuzzFeed style, but they do not go deep enough into the subject of your choice? Maybe you are craving a different kind of viral content to share with your friends? To give you a guide for different ways of procrastinating, here are 10 websites that are similar to BuzzFeed, yet manage to differentiate themselves nonetheless.

With a goal no smaller than to save the world, Upworthy sets out to create viral content that is fun and relevant. Missing the overt pop culture bend of BuzzFeed, they still provide articles that are no less shareable. With a progressive angle, stories include subjects such as LGBT issues, gender roles, and other liberal topics. But it is not a traditional news site. It is as heartwarming as it is infuriating. It is informative, yet fully entertaining.
Quick Navigation
Top 10 Best Websites Like BuzzFeed
Upworthy
Medium
Reddit
Bored Panda
Cracked
PopSugar
VICE
Funny or Die
BoingBoing
Clickhole
The Top Three 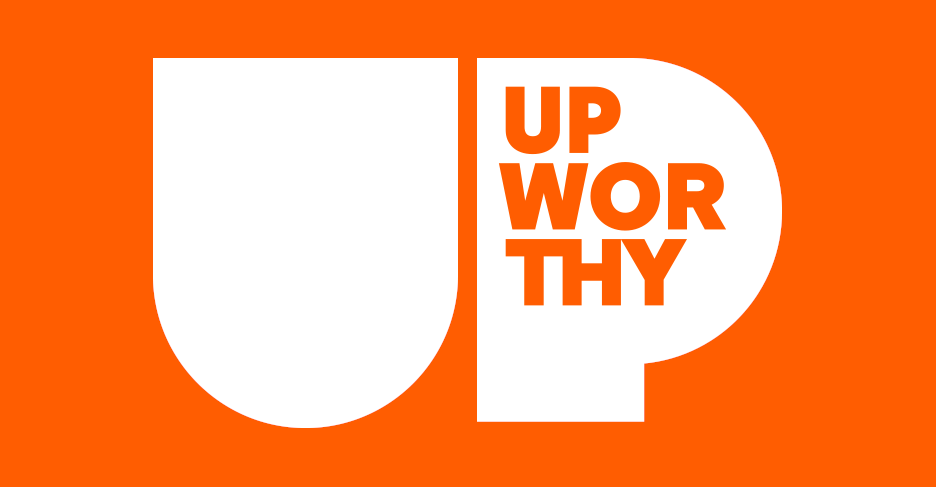 Upworthy aims to please those BuzzFeed readers that find themselves drifting towards their news section. And where social media often divides us more than it brings us together, Upworthy aims to be inclusive. They strive to make a difference one article at a time. Or as they would put it: "We are all part of the same story."

On the surface, Medium is difficult to describe accurately. Halfway between publishing platform and mere blog host, its spearheads "social journalism." With a hybrid collection of both amateur and professional contributors, the website boasts a unique mix of content.

Initially started by Twitter founder Evan Williams to provide a platform that is not limited to 140 characters, Medium.com was his passion-project. This was his attempt to repair the self-described damage to communication culture his original platform caused. Keeping this in mind, the style of the site's content comes as no surprise. Topics include science, sociology, culture, technology, politics, and economics. Articles on Medium appeal to a more educated audience, with less overt "clickbait" in its writing and headlines. As a result, essays can be quite long and in-depth. Not that that's a bad thing.

Medium is for those readers who sometimes (or always) wish BuzzFeed's articles would be more informative and rewarding, even if they take more time and effort to consume and digest.

The grandad and source of most things online. You might call it peak internet. Even BuzzFeed is known to have taken content from one of Reddit's many nooks and crannies a time or two. Founded in 2005, it has become the third most visited website in the United States. That alone should be enough to consider it a BuzzFeed alternative. In fact, BuzzFeed could actually be viewed as a Reddit alternative.

While the front page is limited to a popular aggregation of news, animal pictures and memes, the actual value of Reddit is more hidden. With so-called "subreddits," the website is home to communities dedicated to almost everything. And when we say almost everything, we mean it quite literally. Subreddits cover topics such as science, sports, video games, image sharing, memes, movies, cat pictures, food, nature, fitness, and anything else worth checking out (and sometimes not worth checking out). Sub-reddits can range from immensely popular, to being inherently niche oriented and weird.

While having been controversial in the past, and not the most intuitive website, Reddit embodies the free exchange of ideas more than most. This site is too hilarious, informative, entertaining and thought-provoking to ignore.

Similarly to BuzzFeed, Bored Panda is all about visual content. Labeling itself as a top-tier community for photography, illustration, and art, it is an excellent place to waste a few hours. And while the self-description might sound like a place for art-school students, it is, in reality, a premier source for image-based listicles.

Although it is technically a blog, you will find content on food, animals, pop culture and art on Bored Panda. Unfortunately, with all the visually appealing content to see, there is very little actually to read. But that is not always a bad thing.

Even though the website started in 2005, Cracked is by far the oldest brand on this list. Based on Cracked Magazine, which was first published in 1958, Cracked has been around for a lot longer than the internet itself. While the website looks remarkably similar to BuzzFeed, on the surface, its content is very different.

Labeled as "America's Only Humor Site," its articles, videos, and infographics should not be taken too seriously. Where BuzzFeed also has news next to its entertainment, Cracked is all about making you laugh. The website has a very active community, resulting in forums and comments that are worth reading. And for a good reason. If you think you are funny yourself, Cracked is the place for you. Holding an open call for writers, you can pitch content directly to them. If they think you are good enough, they are even willing to pay you for your work. As a result, the website has stayed as fresh as the day it opened its doors.

Once the personal gossip blog of founder Lisa Sugar, PopSugar has become one of the best sources for fashion, beauty and celebrity content. I am sorry guys; this one is for the ladies.

Entirely focused on the female experience PopSugar stayed true to its roots. You will still find countless articles on the latest fashion, makeup tips, and celebrity gossip. By having become an international media company, its content has expanded a lot. What is that new cleanse you have heard about? How do you dress for the office while still being stylish? Covering fitness, lifestyle, pop-culture, and motherhood, you will be able to quench any entertainment appetite you might have. For women, by women. They even started their own makeup line and quarterly subscription box with must-have items.

Unlike BuzzFeed, Vice has been able to keep their reputation of being cool. It is this reputation that allowed Vice to collect an impressive list of contributors, most of whom you probably never heard of. In the end, the best way to describe it, is as BuzzFeed's older brother. Vice has been around longer. They have more experience than you. And they know what music is cool.

Sure, BuzzFeed has some original content of their own, but Funny or Die is all about original content. And thanks to a user-rating system it is also easy to know which videos are worth spending time on. The website has even produced shows for Hulu, IFC, and Netflix.

BoingBoing is a decidedly unsexy website. Probably a deliberate choice in that their target audience is geekier than that of BuzzFeed. And what better way to attract a bunch of nerds, than to focus on content, rather than attractive user experiences? Should this sound appealing to you, BoingBoing will greet you with a treasure trove of exciting and fun articles.

Founded initially as a zine in the late 80s, it focuses on the weirder side of technology, culture, and the internet. With themes like science fiction, futurism, and fun gadgets, the website has been able to carve out a niche for itself effortlessly. So if BuzzFeed's geek credibility is not geeky enough for you, BoingBoing is most likely going to be the place for you.

As entertaining as BuzzFeed can be, from time to time its attempt to have every article go viral can be annoying. Should you find yourself frustrated, annoyed or infuriated with BuzzFeed's style of conent, look no further Clickhole. There is no better source to laugh at the absurdity of the modern internet.

As a spin-off of the satirical magazine The Onion, Clickhole pokes fun at the entirety of viral content. And to be honest, "pokes fun" puts it mildly. As a pitch-perfect satire of the type of material that made BuzzFeed the company it is today, Clickhole has grown to become an absurdist alternative. With existentialist quizzes, darkly humorous entertainment and celebrity coverage, and absurd lifestyle tips, Clickhole has it all.

All the websites we looked at are popular in their own right. We examined their visitor numbers and their part in larger media companies was taken into consideration as well. We also took a look at the community participation on each of these websites, as it is a good indicator of the depth of engagement visitors have. However, we ultimately realize that identity is going to be the deciding factor. BuzzFeed has become such a defining force online that we figure it is more valuable to not look at how others compete, but rather how they differentiate themselves.

With this in mind, here are our top picks for the best BuzzFeed alternatives in 2018:

Vice - The claim that Vice has become nothing but BuzzFeed for hipsters might be valid. It's not really up for us to say. But regardless of the validity of that statement, Vice stands out in creating binge-worthy internet content. Yet, it has a different voice altogether. It might be not the new kid on the block anymore, but Vice still knows what is cool.

Clickhole - Continuing the theme of standing out by having a different voice, we have the BuzzFeed satire site, Clickhole. What makes BuzzFeed successful is its ability to draw you in. Always clicking one more article, until several hours have passed. Clickhole has the same appeal while being almost an art project in and of itself. One can not help but to wander down the rabbit hole of seeing just how absurd, just how stupid, and just how clever this website can become.

While BuzzFeed has been known to deliver newsworthy content, their biggest strength is their ability to go viral. It is an excellent source to get lost in and procrastinate. So with this in mind, all of the sites on this list are procrastination platforms. Be warned! 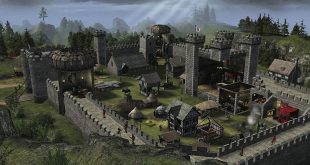 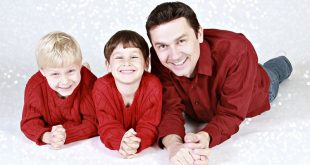 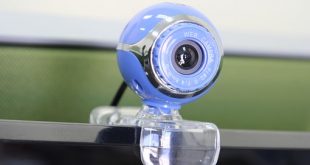 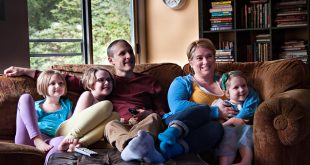