Stevie Myers White List Comments Off on 6 Best DJ Apps for iPad to Take Your Party to the Next Level 2,588 Views

When the iPad first appeared nobody could imagine how far it would go. It began as an iPhone with a larger display. But over time the more powerful processors and large screen have made it an indispensible tool.
The music world in particular has shown a great affinity with the iPad. In this article we’ll consider choices for the best DJ app for iPad. We’ll judge apps on their functionality, style and price. 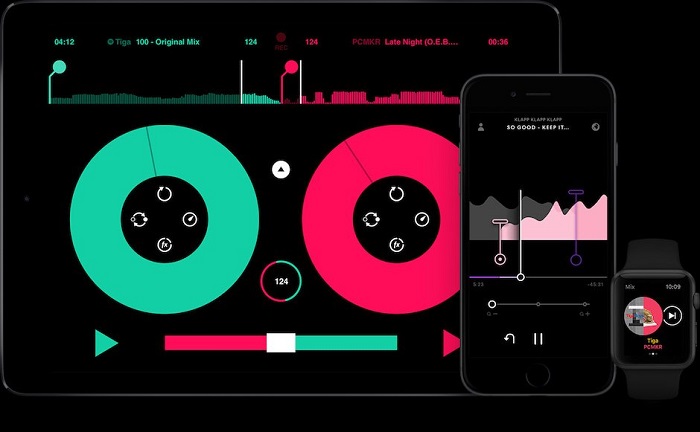 Pacemaker earns a place among the best DJ app for iPad due to ease of use. If features were the only criteria then it might score lower. But packing a fair amount of power into an intuitive interface carries a lot of weight. Two large controls and two smaller buttons form the majority of the interface. These simple tools can quickly scale up to some impressive results. The main app is free. But some additional audio effects will cost extra on a case by case basis.

The biggest advantage of Pacemaker is simplicity. Even people who’ve never used a DJ app before will be able to begin within minutes.

The most significant disadvantage is also the simplicity. It’s great for bringing people up to an acceptable skill level. But past a certain point many users will want to use more advanced options. 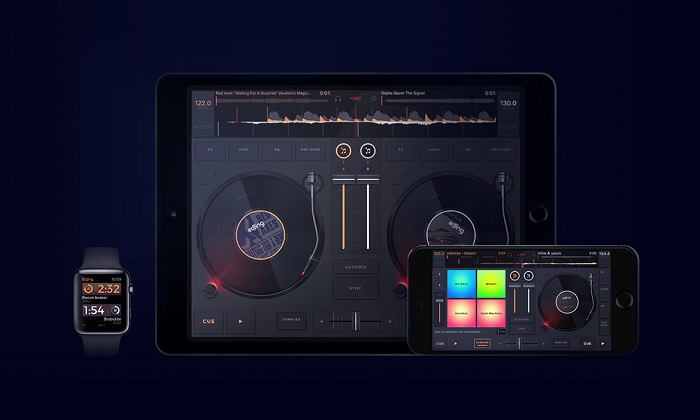 Edjing comes in both a free and paid version. The free version, Edjing Mix, starts people out with an easy to use interface. The familiar turntable style offers an intuitive introduction to the app. From there one will discover how easy it can be to mix music from either local or cloud storage. The free version comes with an acceptable number of additional effects. But more effects and features are available in the Edjing Pro upgrade. At $8.99 the paid version comes out as one of the more affordable options.

The biggest benefit of Edjing comes from the price. The free version still ranks among the best DJ app for iPad. And the paid upgrade is quite competitive when compared to similar apps.

The only real downside to Edjing is that it doesn’t have a lot to set it apart from other apps. It handles most people’s needs, but might not push them into new domains.

The Serato Pyro places a heavy emphasis on automation. The iPad is a powerful device. And the Serato Pyro uses that power to augment a user’s own creativity. Users can put together a playlist within minutes of installing the app. And from there it can automatically begin mixing the various items. It even offers up an additional level of integration with the Apple Watch.

The most significant benefit of the Serato Pyro is ease of use. It doesn’t just give someone the chance to act as DJ. The app can try to handle that all by itself. This makes it a fantastic app for people who want to relax and let their tablet take over for a while.

The most significant downside is that no automated process is going to be perfect. Serato Pyro can make some great mixes. But there’s only so much a computer can do on its own. 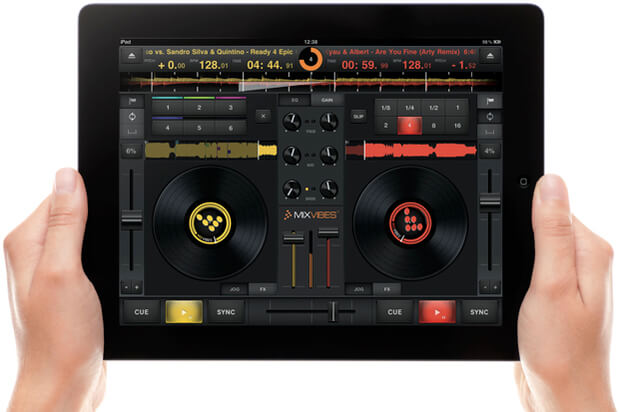 Cross DJ is a good middle ground between simplicity and features. Industry veteran Mixvibes handles the app’s development. The pedigree really shows in how the app functions. By default it can provide a very solid foundation. But additional features are also available at a fairly inexpensive cost. One will usually only spend about $1 to gain some major boosts in overall functionality.

The most significant advantage provided by Cross DJ is the solid foundation. Most other apps push for simplicity or complexity. Cross DJ is probably the best DJ app for iPad because it sits between both extremes.

The only disadvantage will come from people who actually need that extra layer of complexity or simplicity. But the additional features available for purchase will usually fit people’s needs as they grow. 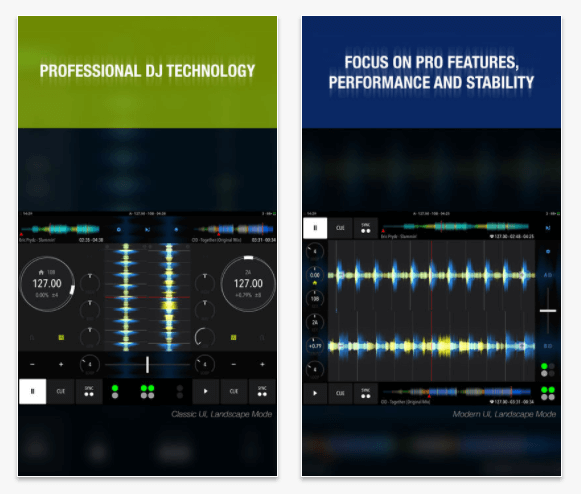 Dj Player Pro is a professional level app which emphasises customizability. Users can modify the controls and layout to match their needs. The high level of customization helps users manage the equally extensive hardware support. Dj Player Pro can interface with almost anything out there. In fact, it’s the only iPad app with stems support. The main app is free. However, some additional features will require purchase from within the program.

It ranks as the best DJ app for iPad in large part due to the wide variety of options. If someone sees a professional DJ do something on stage than the app should be able to replicate it.

The only disadvantage is that complexity comes at a price. Users will find that the interface is quite intuitive once they’ve become accustomed to it. But the app does have a distinct learning curve. 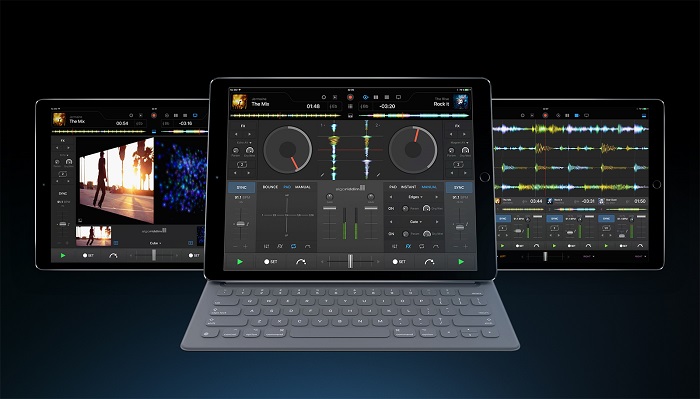 Djay Pro might well be the most advanced DJ app for the iPad. It comes out as the best DJ app for iPad in almost every category. The app provides a wide variety of audio mixing, import tools, recording, custom sample packs and even video tools. And all of this comes in an interface so sleek that it won an Apple Design Award. However, the features come at a sizable price of $49.99.

The main advantage comes from the professional level services. Djay Pro is an app that would feel at home on a powerful laptop. But all in a package that runs on modern iPads.

The biggest disadvantage is the price. It’s more than worth it for people who need professional level quality. But people with a more hobbyist oriented mindset might want to look at cheaper options.

In conclusion, one can see that the iPad has come pretty far. The platform now has DJ apps which can match and even surpass what’s found on laptops. The apps also showcase just how much creativity goes into the design process. But art comes with a high level of subjectivity. If you’ve used these apps, feel free to share your experiences in the comments below.