6 Cool Alarm Clocks to Wake You Up

Stevie Myers Gadgets Comments Off on 6 Cool Alarm Clocks to Wake You Up 1,653 Views

Is there someone out there with a thing for alarm clocks? Yeah, we didn’t think so. No matter how hard we try to deny it, we really need them in our lives. Luckily, there are many cool alarm clocks to choose from. We had a blast looking for the 6 best ones, so here’s what came of our online hunt! 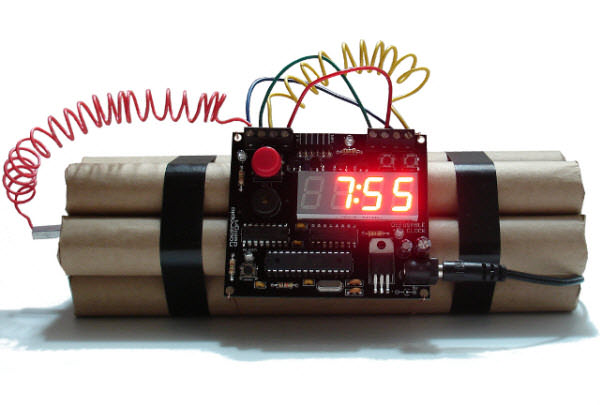 This here is one clever little alarm clock. Do we have snooze addicts in our midst? We know your pain and we think we found the perfect cure in Clocky. Not only does this gadget have a cute name, it’s also cheeky. After one snooze, it starts leaping and rolling from up to 3 feet off the nightstand. Better than a radio alarm clock, wouldn’t you say?

That’s not even the worst part. It knows you won’t wake up until several snoozes have come and gone, so it has another ace up its sleeve. What’s that, you ask? Clocky beeps different patterns while hiding from you. To avoid waking up the neighbors, you’ll have to discover its hiding place and turn it off.

If you have kids, they probably have to go to kindergarten and school on week days. Just like us, they, too, dislike alarm clocks. OK to Wake! Owl is a great way to make sure they don’t hate you every morning. 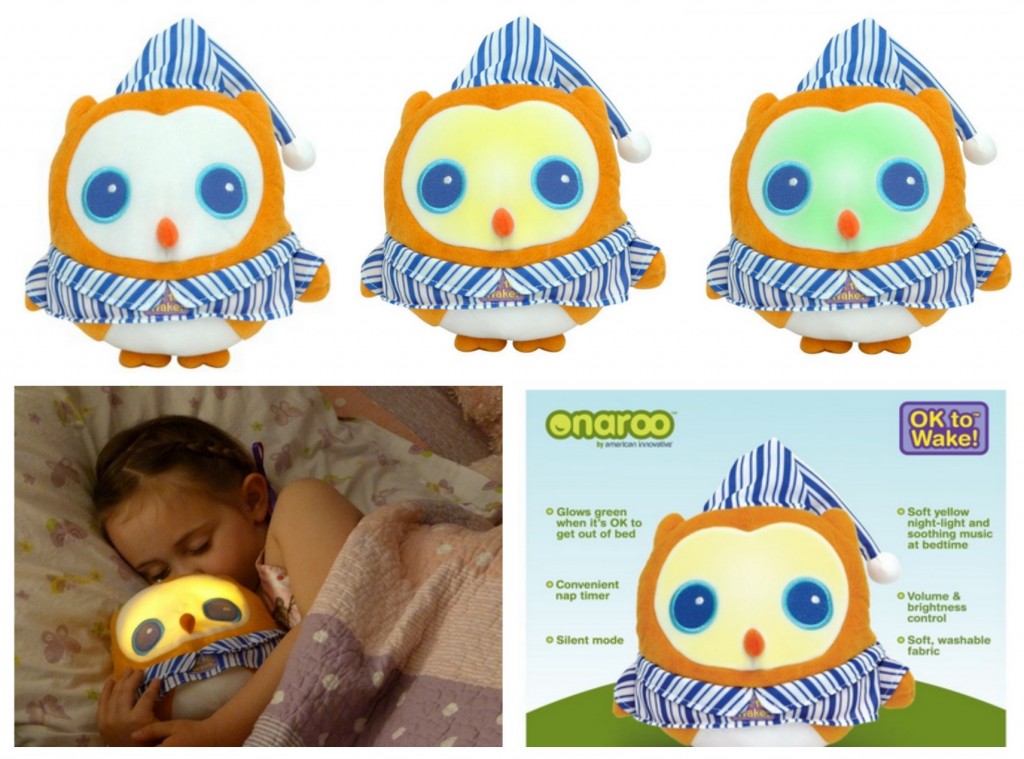 You can find this clock for sale on Amazon at $24.99. The material it’s made of is soft to the touch and it makes you want to touch it and snuggle it. Adults should resist the temptation to keep it for themselves and give it to children who will love it from the moment they see it. When it’s time to wake up, the owl’s face will glow green. The clock also comes with lullabies, a light show, and many other surprises.

Mr. Bump Off the Wall

Tweens will get a kick out of this one. At number 3 in our list of 6 cool alarm clocks, the Mr. Bump Off the Wall makes a good gift for both girls and boys. Especially if they like to throw their regular clocks against the wall. This funny-looking gadget will only stop making noise if it’s thrown at the wall.

That doesn’t mean much, does it? Your kid could just go back to sleep instead of wake up. If they do that, you could always bang on their door until they finally scramble out of bed. Or you could place a yummy dish on their nightstand and let its aroma wake them up. Does that only work in movies, you say? We had to try, don’t judge.

Men are going to have so much fun with the next entry for our 6 cool alarm clocks. The No Snooze is an awesome feat of technology. As soon as it begins to ring, you’ll need to do two things. Number 1: lift the strap. Number 2: twirl it for 90 seconds using two rotations for each second.

If you don’t do those things in that exact order, the clock won’t shut up. Don’t stop halfway through. Don’t even think of going too slow. Should you do that, the No Snooze will make a fuss forever.

This clock is for women and guys who like to solve tests. You can’t put this one on snooze. If you do, it won’t stop ringing until after you’ve answered an IQ question. Which, by the way, is quite hard. You’ll have to be in the Mensa group to solve the riddles. 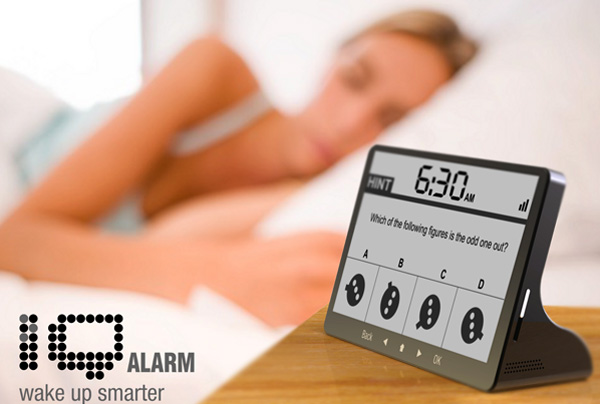 They’re many, you people who hate alarm clocks, and each of them is difficult. The design is so eye-catching, that even if we aren’t in that elite group, we’d love to get one sometime.

Another clever and cheeky alarm clock for people who’d love nothing more than to go back to sleep. If it rings and you don’t wake up in 10 minutes, don’t expect the Water Spray to play nice. It will throw water at you and splash you with it at the same time.

To avoid getting you and your room soaked, you need to wake up when the alarm goes off. Not a second too late, or you’ll suffer the wet consequences. Although, it’s so much better than to have someone throw a pail of water at you, isn’t it?

When we say we don’t like to be woken up by an alarm clock, we mean it. If you’re like us, you’ve already looked everywhere for a good one. Not to worry, we have 6 cool alarm clocks just for you. We even found some fun ones for kids and teenagers. Pick one and you’ll never again want to throw it out the window.