How to Install Xcode for Windows 10

Rohan Chawla How to Comments Off on How to Install Xcode for Windows 10 3,861 Views

Developing applications sounds fun and exciting, but can be quite tricky, especially if you choose to build apps for iOS and macOS. For that, you’re going to need Xcode. Xcode is an Integrated Software Environment, or IDE, that contains tools used to develop software for macOS and iOS. It’s not exactly known for Windows compatibility, so it can be a challenging task to get it working on a Windows machine. That said, it can work. Although hard, it’s not impossible to install Xcode for Windows 10.

Among the various tech giants, Apple is known for its stringent guidelines when it comes to developing applications. Using Xcode is required to develop apps for Apple, but the software is not available for operating systems other than macOS. That’s a serious problem if you’re a developer that uses Windows, but is looking to create apps or other software that work for macOS, iOS, or other Apple platforms.

The limited availability of Xcode on other operating systems is due to multiple compatibility issues. For this reason, not owning a MacBook can stand in the way of becoming a seasoned iOS developer. However, there are a few workarounds that we’ll discuss here to set up and start coding even on your Windows PC or laptop.

As discussed earlier, Xcode is a suite of tools which are required to build and develop for various Apple platforms. It’s available for free download on the Mac App Store for MacBook users. However, Apple’s notorious policies against compatibility mean you’re going to need to do some tricks to get it working on a Windows machine.

The software supports languages such as Clang, C, C++, Objective C, Java, Python, and Swift. It also supports programming models like Cocoa, Carbon, and Java. Xcode also offers options to test applications and can be used as an asset management toolkit.

Prerequisites for Installing Xcode for Windows 10

Before starting the installation, your desktop or laptop needs to conform to specific specifications for Xcode to run smoothly and seamlessly after installation. You’re going to end up dedicating a portion of your computer’s resources to running a virtual computer, and that can be a relatively intensive task.

Here are the minimum specifications that your desktop or laptop should conform to:

Apart from that, you will need to download the Xcode package from Apple. You will also require different tools to run Mac OS on your Windows-based machine. For example, you’re going to need hardware virtualization, and some degree of familiarity with setting up a virtual machine.

There are three easy ways to get Xcode for Windows 10. However, out of the three discussed here, two are in violation with Apple’s license agreement.

The first and easiest way to set up Xcode for Windows 10 is by running a virtual machine on your computer. The virtualization platforms are readily available and free to use. Plus, the software works like any other MacBook running macOS, making it easy to get up and running, as well as to find solutions for any problems you may encounter.

Setting up the virtual machine

It’s easy to set up a virtual machine in just a few steps using this method.

Download and install VMware or VirtualBox on your desktop or laptop.

For running a virtual machine on your desktop, you will require an image of the macOS X disc in the form of an ISO file. The OSX Mavericks ISO will do the trick for you.

Click on the icon of the newly installed VirtualBox and then click on new to create your new virtual machine.

After you finish allocating memory to the virtual desktop, you need to choose which program you will use to run it. As we are using an ISO file, you should select the VDI (VirtualBox Disk Image) option.

The next thing the machine requires is its memory. You need to select the physical hard drive as dynamically allocated. Then allocate the memory to your virtual machine.

Now that you have successfully created the virtual machine, you just need to mount the ISO file downloaded earlier to get started with macOS X. To do this, click on settings, and navigate to storage. You will find a “plus” sign at the top right corner of a box named storage tree. Click on the sign and add the ISO. Click on “Ok” and then start the machine.

Then you need to follow the instructions provided by OS X to complete the installation of the operating system.

Installing Xcode on the virtual machine

Now that the machine is set up with macOS, it’s time to install Xcode.

First, you will need to log in to Apple’s official App Store with your Apple ID and password.

After signing in, search for Xcode in the App store. Locate for Xcode from the different apps on the show and click on one marked as free. Download the app on your virtual machine the same way you would on an actual, physical computer using macOS.

After installing the package on the virtual device, open it from applications. The app will prompt you to enter the root credentials you used to set up the OS. The credentials are required to gain access privilege and the authority to change the system settings.

That’s it! Now you have successfully installed Xcode on your VMWare or VirtualBox workstation, you can begin coding and development.

MacinCloud is a service that offers you the liberty to rent a Mac OS for a sum of money. The service is like Teamviewer, where a user can remotely control a MacBook. You can borrow a Mac for as low as $1 per hour. You can check out all the rates at the official MacinCloud site. However, for Xcode to work smoothly and seamlessly, you need to have a high internet connection speed.

There is even a third way to get Xcode for Windows 10. However, this is a more comprehensive way and will take more time and effort than the two stated above. If you are new to the world of development, then you might not have heard of the term Hackintosh. Any non-Mac system that runs the macOS is a “Hackintosh.” Although running macOS on a PC demands a good hardware set, you can run it on a regular PC by tweaking the system and boot settings.

To successfully boot your system with Windows 10 and macOS, you will first need to create a bootable USB device using Unibeast. The next step includes configuring the BIOS or UEFI settings to accommodate Mac OS. Although the process is comprehensive and requires more effort, it can provide you the speed and the effect of working on a MacBook. Find the complete step by step guide on Wikigain. After you are done dual booting your system with Hackintosh, you can easily install Xcode the same way as using a virtual machine.

Now that you have Xcode, it’s time to bring out the innovative developer in you and create fun and engaging apps for Apple users. We hope this article comes in handy as you begin your career in iOS development. Starting something new is always a bit difficult, but if you overcome the initial obstructions your way to success becomes easier and easier with each passing day. This philosophy is also something to follow in coding. Setting up the environment to code is a bit time-consuming and tricky sometimes. In this particular case, it is even trickier than normal. However, once you overcome the barrier of setting up Xcode for Windows 10, you open yourself to the enormous market of Apple’s App Store. It can be well worth your time to teach yourself this new skill.

Featured Image CC by ASA-2.0 by Vurter via Flickr 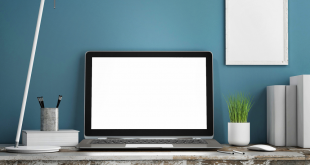 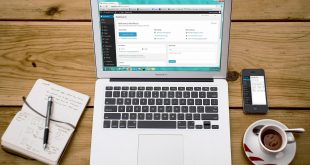 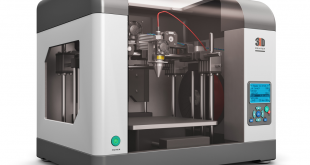 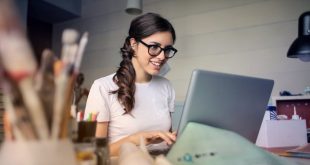