The best camcorder at an affordable price might be tricky to find. You need extensive research to understand what you are truly looking for in such a gadget. Usually, when it comes to this price range, camcorders are good at least at one aspect. Nowadays, due to the presence of numerous camcorder models, the task can get harder than it looks. However, we came to the rescue with our own five best camcorders under $300. These are all brand new models that are dying for you to take them for a spin! 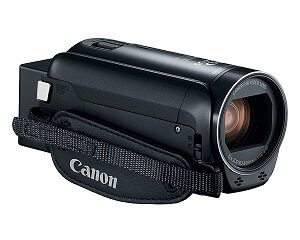 There was no other way than to start our list of best camcorders with a Canon. This brand is making it its purpose to mark the best products with its logo. The VIXIA HF R800 is one of them. This gadget is one of the most affordable quality video recorders on the market.

The main feature you will have to let go when it comes to this model is the 4K recording. However, it is not such a big loss as you might think. There are many smartphones nowadays who promise 4K, yet the result doesn’t look professional.

Its array of features is basic, yet this might prove more than enough for immortalizing family outings, travels, concerts, and other such events. It comes with 1080p at 60 fps, The best thing about this model is its 57x zoom capability. Moreover, thanks to its image stabilization, no footage will look shaky again with this handheld camcorder. A simple yet smart innovation is that you can record your best moments directly on your SD or even an SDXC card. 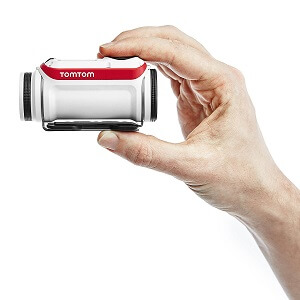 The TomTom is considered a cheaper and more flexible alternative to a GoPro action camera for those consumers who love sports. Its innovative edge is its editing capabilities. This is the fist camcorder that can let users edit their work right on the app or gadget thanks to a smart built-in media server. This way, there is no need to download minutes of footage for basic tweaks. Owners can add overlays and even music before sharing the end result with their friends over online social media.

Although TomTom has your back with a waterproof cap, recording in this mode will render almost no sound at all. However, this tiny gadget can shoot in 4K at a high resolution of 1080p60/720p120 fps for crisp visuals. 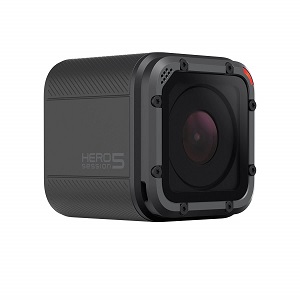 If you can’t let go of the idea of owning a world-renowned branded action camera, then this inexpensive, little fellow is right for you. It has better stats than its predecessors, and it is so small that you can take it everywhere with you. Its body can carry one button only, yet it is sufficient to set it up for amazing footages. On top of that, Hero5 can listen to short voice commands. As long as you have it with you, you are one “GoPro, start recording” away from your next adventure.

The company took the waterproof feature seriously for amateurs and daredevils alike. As such, this GoPro can withstand deep waters to 33 feet without any additional protection. It can capture videos in 4K, has top-notch camera stabilization, and surprises all kinds of angles thanks to its mounting features. 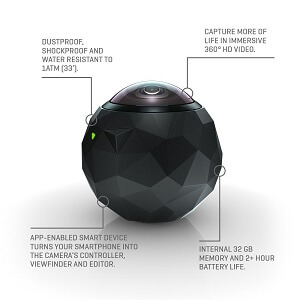 We are after all in the year when Virtual Reality inaugurated its first commercial boom. As such, we discovered this video recording jewel that fits the palm of your hand. However, the 360Fly is dependent on its desktop or mobile app. From these interfaces, people can edit, control, and share their 360° video and even 360° photos with their friends over social media platforms such as Facebook or YouTube.

The 360Fly weighs only 1.2 pounds and fits in your pocket. However, it cannot render a full 360° visual as it has a blind spot on the bottom. Nonetheless, this inconvenience exists in other more expensive camcorders as well. With a 32GB internal memory and 1080p, it can record 45 minutes straight. However, it can only download a 2GB footage, and it doesn’t warn you when you reached this limit. 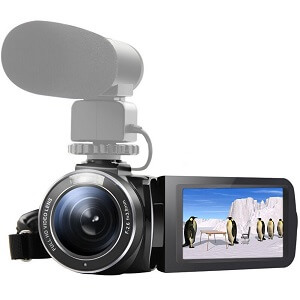 We end our list of best camcorders with a no-brand product at the most competitive price tag of them all. Even though its name is nowhere near mainstream media, Seree is a company that produced some quality video recorders. There are some great reviews about this HDV-520 as well.

This camcorder did not bring anything innovative on the table. However, it made it its goal to improve all current technologies for filmmaking. Its main attraction is the generous touchscreen. The HDV-520 can render some quality audio, and it delivers ideal footage thanks to a pretty good anti-shake feature. All records are saved directly on your SD card, and users can upload their work on smartphones through Wi-Fi.

Regardless of the limitations of your budget, the market is full of impressive products that are specializing in at least one branch such as action videos or VR visuals. In the end, the best camcorders depend on your needs and expectations. Therefore, before selecting your next gadget, you should understand what you are really looking for. If you have any suggestions, then leave us your comment below. Don’t forget to share this post with your friends!